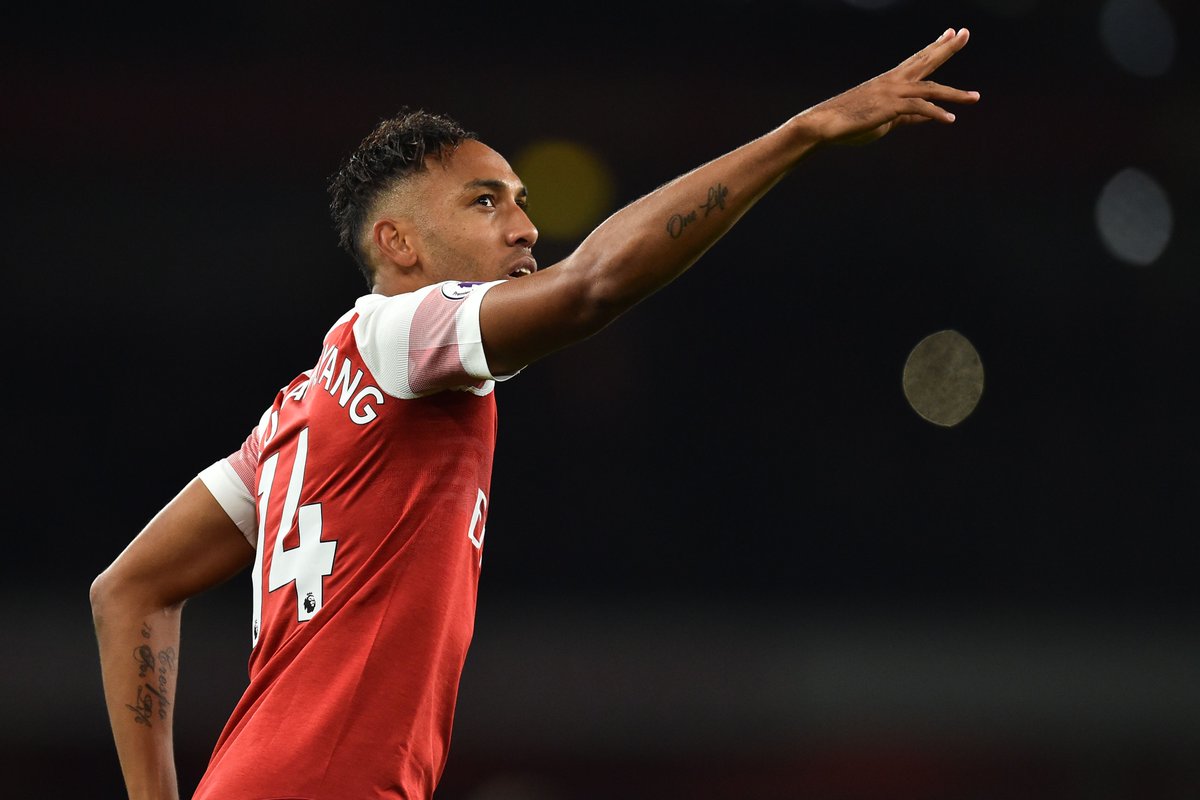 The Gabonese international had picked up a calf problem which ruled him out of the Arsenal XI in each of the last three games in all competitions and the last two matches in the Premier League.

Pierre-EmerickAubameyang ended his goal drought by scoring the only goal of the game for 10-man Arsenal in a 1-1 draw at home to the Saints. He had gone four games without a goal until the Southampton game which saw the Gunners end proceedings with ten men after Brazilian centre back Gabriel Magalhaes was sent off in the second half.

The aforementioned calf injury saw Pierre-EmerickAubameyang missout on starting XI for the recent Everton and Chelsea games in the Premier League though the Gunners skipper was an unused substitute for the Blues clash at the weekend. He was missing from the Everton squad as a result of the injury as the Toffees beat Arsenal 2-1 at home. Pierre-EmerickAubameyangreturned to the Arsenal squad for the Blues game but he didn't feature as Arsenal beat Chelsea 3-1 at home courtesy the goals from Alexandre Lacazette (penalty), Granit Xhaka and Bukayo Saka. Pierre-EmerickAubameyangreturned to the Arsenal starting line-up for the Brighton game at the Amex Stadium. He led the line for the Gunners and could have scored if he was clinical in front of goal. Pierre-EmerickAubameyang could have given Arsenal the lead at the start of the second half when he was denied by Brighton goalkeeper Roberto Sanchez when it was easier to score. The miss didn't prove costly for the Gunners as second half substitute Alexandre Lacazette came off the bench to score the winning goal midway into the second half.