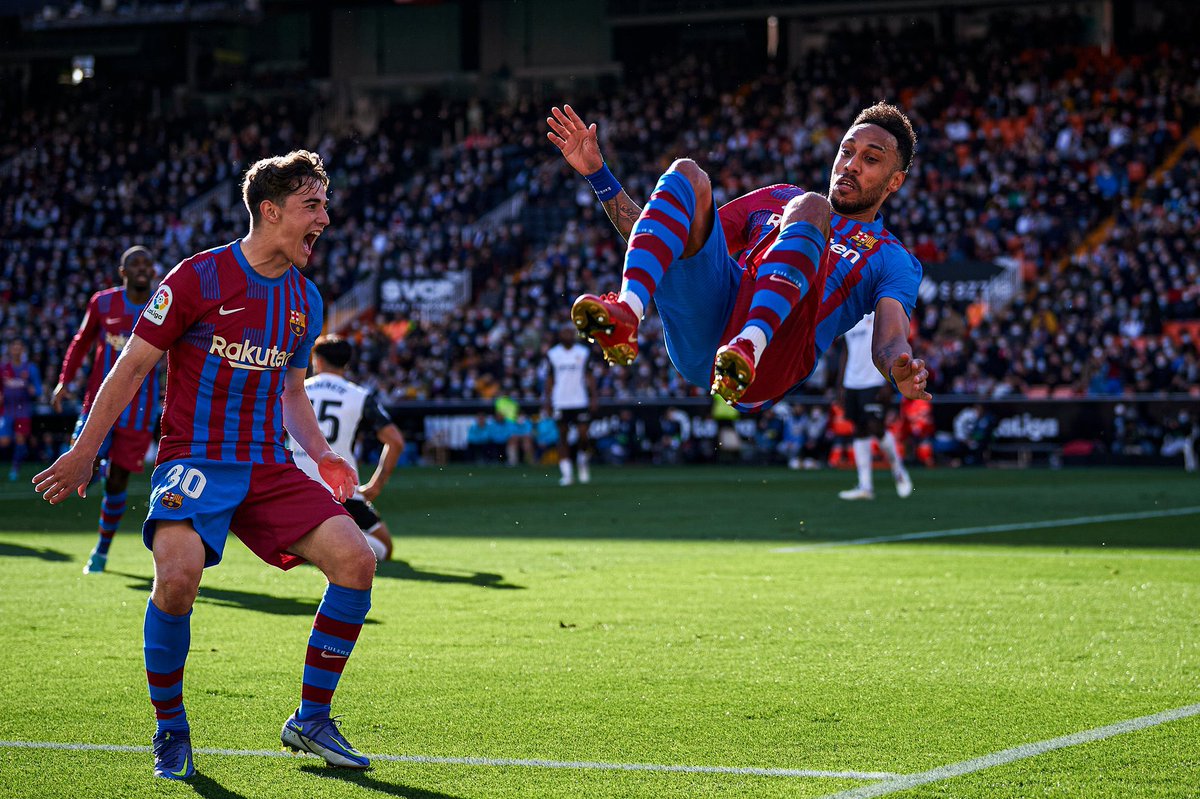 Pierre-EmerickAubameyang started the three-game scoring run with three goals in the 4-1 away win over Valencia in the Spanish La Liga. It was his first set of goals in a Barcelona shirt since his free transfer move from Premier League heavyweights Arsenal just before the end of the winter transfer window in January. Aubameyangmade it four goals in two games when he scored the fourth Barcelona goal in the 4-2 away win over Italian team Napoli in what was the second leg of their Europa League play-off as the Catalans sealed a 5-3 aggregate win.

Aubameyang made it five goals in three games when he scored the opener during the 4-0 home win over Athletic Bilbao in the Spanish La Liga. The Bilbao game preceded the La Liga trip to take on Elche. Barcelona had to come from behind to beat Elche at home thus making it three wins on the bounce in the league.
Elche took the lead a minute before the end of the first half through Fidel. His goal gave them an advantage over Barcelona at the break. Barcelona substitute Ferran Torres restored parity for his team on the hour mark before a late penalty from substitute Memphis Depay gave the Catalans all the three points on offer.
With the narrow win over Elche, Barcelona were able to move to third on the league table as far as this season's Spanish La Liga campaign is concerned.