WHAT DOES LEWANDOWSKI'S SIGNING MEAN FOR AUBAMEYANG AT BARCELONA?

Over the last half a decade, Barcelona have splashed a ton of cash on forwards. Most of whom have turned out to be a shadow of their own previous selves. Among these are centre-forwards like Martin Braithwaite, Sergio Aguero, Antoine Griezmann, Luuk de Jong, Memphis Depay, and most recently Pierre-Emerick Aubameyang. With the exception of Auba, it can be argued that every other name on that list has been a miss. The Gabonese international, however, hit the ground running almost as soon as he joined, scoring 11 goals in 17 league games. 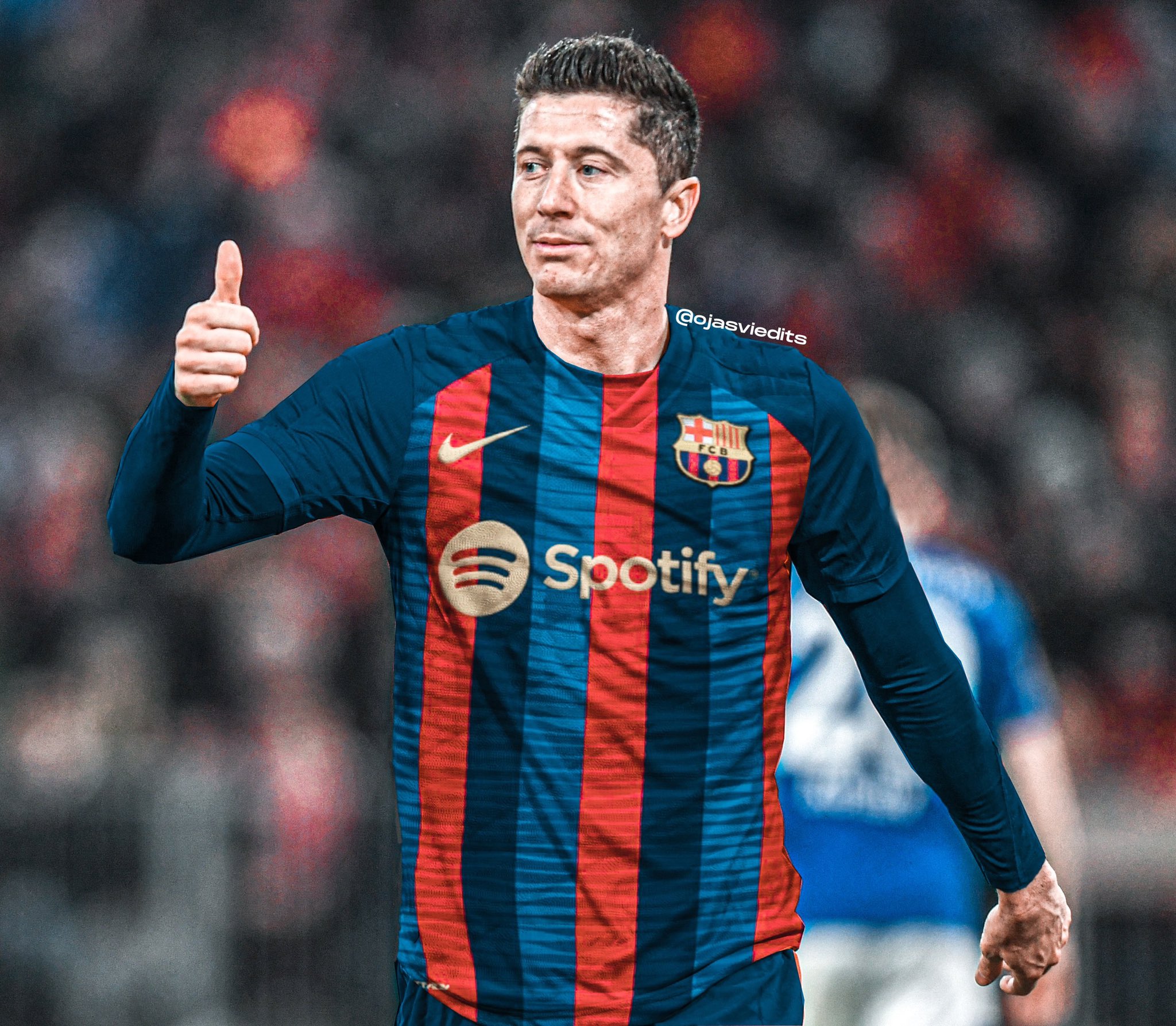 And while he has shown little sign of slowing down, the plug on his tenure could be pulled early as Barcelona have announced the signing of Robert Lewandowski. The Pole has been the top scorer in Europe in the last five seasons, by some distance, and joins the Catalans on a four-year deal for €45 million, plus €5 million in add-ons. Not only are his goal-scoring numbers are mind-boggling, but his style of play also fits Barcelona much better than Aubameyang. Lewa holds up the ball much better, can anchor the attack brilliantly, and has the eye for a pass.

While a striker by trade, Aubameyang has also played as a winger for several of his previous teams, most recently Arsenal. He was mostly ineffective in that role, though, as it often required him to move to the touchline and dictate the play from the flank with the ball rather than in the box. There have been rumours stating that this was another reason for his rift with Mikel Arteta.
However, during his presentation at Barcelona, Auba openly suggested the idea of playing on the wing ‘if the coach needed it’. Xavi often uses a dynamic off-the-ball and runner on the wing to complement a creator on the other side. Ferran Torres/Ansu Fati on the left with Ousmane Dembele on the right was one of the examples.